Hello there, I am Stargazer, and welcome to StarClan.  Do not worry, you are not dead yet *chuckle, chuckle*.  I was the first cat to die of the Forgotten Clan cats, and I named this place StarClan, after my daughter Star, and alslo Silverpelt after my mate, Silver.  Enough about me, for it is time I showed you the most well-known cats of the Forgotten Clans who've come to join StarClan.  As you know, StarClan is the heaven for all cats; it is a place for us to be when while are no longer alive.  We send prophecies in dreams and in what the cats call "Omens," such as an eddy of water, or a fallen leaf, to help our former Clans and Clanmates. Here, we walk among the stars. 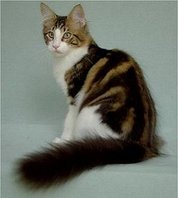 Stargazer was the first cat ever to walk in StarClan.  When he died, he created the heaven for cats, and named it StarClan, after his daughter Star, and maybe himself, though I don't think he'd be that greedy.  Stargazer named the night sky after his mate Silver, thus is the name Silverpelt. He is a very mysterious tom with a quiet nature.  Stargazer is not known amongst the Forgotten Clans, despite the fact that he created their heaven and all of their beliefs. The only cat who knows about him is Starpaw, a descendant of Star, and Lilacpaw.  Starpaw doesn't really know why he chose his name to be Starpaw, but all will reveal itself in good time...
Stargazer is very much like Rock. 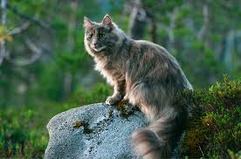 Silver was Stargazer's mate when they were alive, and she still loves him.  She has a fluffy silver pelt and pale gray eyes.  Her daughter is Star. Silver is a gentle, caring she-cat with a kind heart.  She met Stargazer in a battle, before the Clans were formed.  They fell in love instantly.  Later on, she had Star.  When Silver was giving birth to Star, Stargazer died fighting a fox trying to get a easy meal.  Five moons later, Silver died.  Silver watched over Star, protecting her thought her life till she joined her. 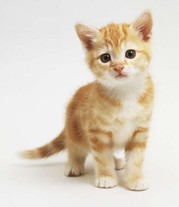 Star is Silver's kit.  She is small and as a kit weak. Her mother named her hoping she would stay strong, like her father.  She never knew her father and was very young when her mother died. She never let this keep her down. Star told herself every day to be strong. She had one kit whose name is not known.  She is Starpaw's ancestor. Star sent him his name.  She is very peaceful in StarClan and watches of all the Clans. 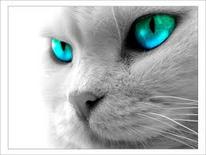 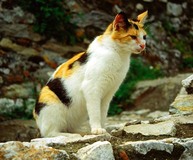 Dawnstar was the first leader of DawnClan. She is a calico she-cat with eyes as orange as the sunrise. She was known for being up early! This gave her the time to hunt before the others and attack when no one expected it. She was the second cat chosen for leadership and was an extraordinary leader.  She did have a mate, and though  no one ever knew who it was, she has kin in the present DawnClan... But who are they?

Icestar was the first leader of IceClan. He is a fluffy white tom with ice-blue eyes. Icestar's thick pelt allowed him to hunt late into the year, sometimes all through leaf-bare, which made him strong when other cats were at their weakest. When the time came for him to gather a Clan and choose his territory, he settled in the northern mountains bordering the territories. He made sure all his cats had reasonably thick pelts as well so they would be strong in winter...To be continued... 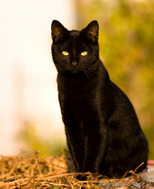 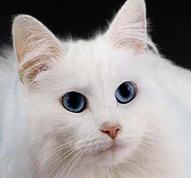 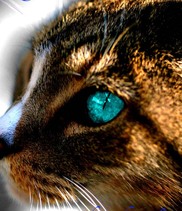 Bramblefur is a warrior of StarClan. He is a brown and black mottled tom with blue eyes.  He was once a warrior of MoonClan. He is Moonlight's mate  and father of Leafpaw and Lionpaw. He is  Ice's brother, but he joined a Clan not a group of rogues. He died in a badger fight trying to keep Lionpaw from rushing in when Lionpaw was only a kit. 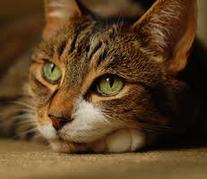 Moonlight is a warrior of StarClan.  She is a brown and black molted she-cat.  She is Leafpaw and Lionpaw's mother. She died saving her kits from an attack.  She was and still is very kind.  She watch's over her kits, hoping they will grow up to be strong, loyal and courageous.

Hazelpelt was a red-brown she cat with green eyes. Yuccaplant is her mate. Bloodshine and Mushroomkit her kits. She died when a DawnClan warrior named Mudfoot murdered her. She is disappointed that Bloodshine murdered her own father and avenged her death but she understands her reasons. 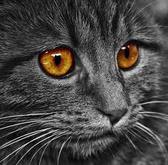 Yuccaplant is a gray tom with yellow eyes. Hazelpelt is his mate and Mushroomkit and Bloodshine are his kits. He was killed by one of his kits, Bloodshine, when he made her angry. 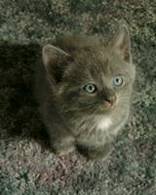 Mushroomkit was a gray tom with green-blue eyes. Hazelpelt is his mother and Yuccaplant. His sister Bloodshine lives in LightClan. Everyone in the clans believe that Bloodshine killed him, but he knows that it was just an accident when Bloodshine was playing with him and he ran into a fox. He forgives Bloodshine and hopes she realizes that.

Mudfoot is a black tom with yellow eyes. He used to be the DawnClan deputy but when when he killed Bloodshine's mother, Bloodshine killed him to avenge her mother's death. 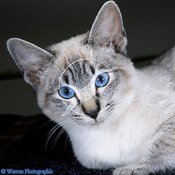 Triptail is a tom who loves to joke around and play pranks on people. he punishes himself if he offends someone though.
gray and white tom with blue eyes
his brothers are Monkeypath and Elksong. his younger sister is Lunapaw. his parents are dead, but their names were Snakeclaw and Quailfeather. his mate is Ivyvine. He died when Lionshadow killed him and blamed it on Sunclaw. 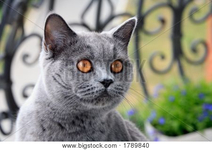 Stormclaw was a warrior in DarkClan. He walks with StarClan know and is angry with the cats of darkness. He is a handsome blue grey tom with red eyes. He was killed by Greentooth and wishes he could get back at him. His mate's name was Patchfur and he wishes he could be with her once more. He is very loyal and trusting and coulden't hurt a living soul unless it was for self-defence. He is very intelligant though acts like a kit sometimes.

_Silverclaw was a warrior of DarkClan.  She is a gray she-cat with blue eyes and long claws.  Silverclaw is very well spoken and never afraid to challenge the warrior code. She is a hard working warrior and very loyal to her Clan. She has no mate or kits. 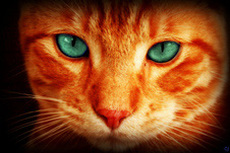 _StarClan cat who was in DarkClan. She has green eyes and a redish pelt. She has taken a liking to Starpaw and hopes to help guide him through his destiny.

_ After so many good souls sent to starclan and prayers sent, it has built up an enormous amount of good energy. it has been concentrated into a single vessel. the spirit of Starclan. it is neither male or female, and it would love to help starclan and the other clans, but it doesnt have enough energy built up, only good spirits and prayers give it energy. when it is complete, it will be a solid cat and will be able to see into other cats hearts and turn them to dust at will, only if the cat is evil of course.

StarClan lives in peace, here all old rivalry end, and there are no lines to divide anyone, StarClan is watched over by the hidden one called Stargazer.  When there is a time of crises, he is the one called.  All StarClan cats make there disisions togeather.