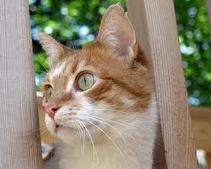 He may look cute, but don't underestimate old Scar here.  He's a orange tabby tom with amber eyes, a ripped ear, and scar across his eye.  He is the leader of a band of rogues.  His mate is Misty, a kittypet who was kidnapped by his rogues so he could have a mate.  He is cruel and mean.  One time he attacked DarkClan for territory and almost won!  His kits are Socks, Lily and Runt (he named Runt). 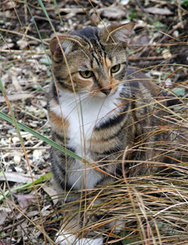 Twig is sort of like Scars deputy.  He is brown tabby tom with a white chest and brown eyes. Twig will carry out any of Scars orders. Misty hates him because he is the on who took her away. He has a rip on his right ear. He has no mates or kits. 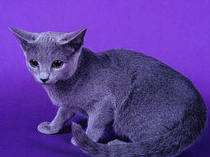 Crow is a rogue with Scar.  He is a blue-gray tom with blue eyes. After Ice joined him as a rogue, he joined the group of rogues leaded by Scar. Ice's mate and he loves her a lot and never joined a Clan.

Sniper is a close allies of Scar. He is a orange tom with amber eyes. He is very well known to hind in the shadows and wait. Is brother is Arrow, and unlike arrow, he likes to think stuff through. He is always the quiet one and never lea es his brothers side.

Arrow is one of Scars close allies. He is a orange cat with green eyes. He is ruthless cat with a heart of darkness. He cares only for him, and the rogues he is allied with. Unlike his brother, Sniper, he doesn't think and charges in to battle.

Misty is a gray she-cat with light green eyes.  One day she was wondering around the towleg place.  She was expecting kits.  Then, a group of cats appeared and took her away. When she kitted, Scar said they where his.  When ever Misty gets the chance she stares a the old towleg nest wishing she had never left. 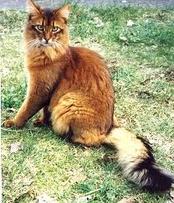 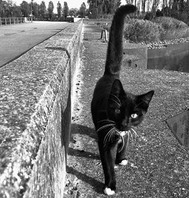 Socks is a kit in Scar band of rogues. He is a black tom with white paws. Very ruthless and brags a lot.  He is very curious and annoying at times. Can't bear to think that he was born a kittypet, and try's to prove to Scar that he is loyal to him. 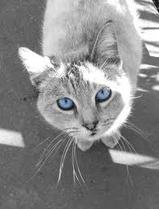 Lily is a kit in Scars band of rogues. She is a gray she-cat with blue eyes. She is a shy timid she-cat and is very protective of her litter mate runt. She keeps it to her self but still helps Scar

Runt is in Scar's group of rogues. He is a small grey tabby with grey eyes. He is very shy and likes to hide. He one day he met Smallpaw of MoonClan and the became great friends. Every half-moon, they meet to play and Smallpaw trains Runt. No one knows about this...

Deathheart is a long-haired Blood-red she-cat.  She used to be nice and kind but she turned evil once a Darkclan warrior named Shadowfur killed her mother Sweetwhisker she killed him and was excited she could do that she later on killed many more cats and was exiled out of Iceclan. She used to be white but her fur is now as red as the blood of the cats she killed. she has a crush on Scar

He loves to kill and will do it without question. he loves the taste of blood and sometimes it makes him crazy and able to kill anything in his sight. he has fur as cold as ice, hence his name, and loves the snow and ice. he doesnt feel the coolness of it, and has no sense of humor. he was kicked out of IceClan for killing his kin, but was given a second chance. he wasted that chance, though. a Clanmate - his FRIEND - Addertail, thought it would be funny to throw a snowball at Icewhisper, and after killing his kin, he had no sense of humor. Addertail threw it, and smack, hit him in the nose. the snow became red and a shriek echoed through the forest. Icewhisper had tasted his friend's blood and started EATING Addertail! he was banished. the kin he killed were his mother, his father, and his sister. Icewhisper wanted 2 go out and play in the snow with Addertail and his sister, Jinxflight. Jinxflight said he was crazy and said that Icewhisper didnt deserve to be in the Clan. Jinxflight was alive and Addertail got her to the medicine cat, but there was nothing he could do. Icewhisper's parents did not survive.

The Rest Of The Gang 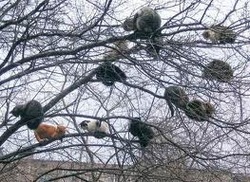 There are many other cats in Scar's group, too many to name.

The streets  in the City